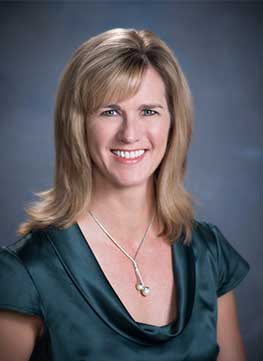 Ann received a Bachelor of Arts degree in Political Science and Government from Miami University in Oxford, Ohio, in 1990 and then entered law school, graduating in 1993 with a Juris Doctor from Wayne State University Law School in Detroit, Michigan. Ann began her legal career with a focus on civil litigation, working predominately the areas of medical malpractice and healthcare issues. In 2014, Ann completed her LL.M. degree in Elder Law through Stetson University College of Law in Gulfport, Florida. She is licensed to practice law in Michigan, Nevada and California.

Away from the office, Ann works as a soccer mom and Girl Scout Troop Leader for her daughters’ two troops. When there is time, she enjoys being outdoors, running and cycling. She has completed two marathons, several half-marathons, the Iron Girl Triathlon and several cycling adventures. Recently, she “doubled down” by completing both the So Cal and Las Vegas Ragnar Relays in 2012. These 12-person, 200-mile running events are an on-going challenge.